Visit the paradise of temples Lakkundi in the state of Karnataka in India and experience the ideal ways of enjoying tours in this part of the world. There is something very unique about the Indian temples that sets the architectural elegance apart and makes way to discovering newer ways of enjoying travels in Indian destinations.

This and more is what attracted us to delve into the mystical land and enjoy the delights of a different vacation itinerary. So we made our way to Lakkundi in this part of India which is located around 11 km to the south east of the Gadag a small town in the district of Gadag in Karnataka. It is also known by the name of Lokki Gundi as is found in the inscriptions here. This was a very important city some 1000 years back and today is a great destination with a lot of antiquarian interest with around 50 ancient temples lying scattered in this village of Lakkundi. With the 101 stepped wells that are found here, this is also called as Kalyani and there are many inscriptions here which have been existent since the time of the Kalachuris and the Seuna , the Chalukyas and the Hoysalas.

The Kashi Vishwanath Temple is very important here and has been elaborately furnished. Lakkundi is great centre for the Jains and has temples dedicated to the founder of Jainism, Mahavira. There are many ancient Jain shrines in this beautiful paradise, Lakkundi. The Chalukyan kind of architecture here and the grandeur of the Kalyana who were a link of the early Chalukyas from Badami and the Hoysalas is replete here in the constructions.

Then there are the beautifully created step wells which are really constructed artistically and have canopied niches inside the walls of many wells that have the Lingas.

The Sculpture Gallery is very famous here and today is managed by the Archaeological Survey of India.

We were quiet intrigued by our trip here and this place is around 60km from Hubli, 68 km from Badami and around 400 km from the city of Bangalore. Pattadakal lies around 80 km from here and Gadag is just around 11 km. With Belgaum as the nearest airport the nearest railhead is Gadag junction and Lakkundi is also connected well to other cities by roads.

I had heard so much about the ancient temples that when finally I did see the temples I was totally enthralled. Lakkundi has the feature of a tank for each temple. There are today around 14 temples that can be identified here and these temples are under the care of the Archaeological Department. So the Naganatha temple, the Brahma Jinaya, the Naneswara temple, the Manikeshwara temple, the Kashi Vishwanath temple and Kumbareswara temple are all found here. 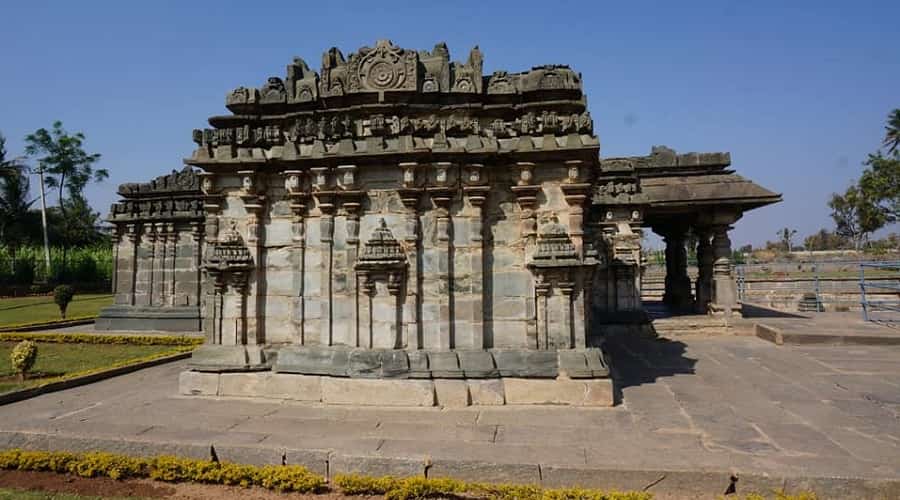 The Jain Basti is another lovely place which showcases the beauty and grandeur of the religion here. There is a museum here which is a great construction but today is just like a Godown.

Lakkundi is the nearest destination to Gadag and has Hospet, Koppal and Hubli as other tour areas here. It is a high altitude city at a height of around 2096m.

History has it that the Chalukyas built a city called Kalyani after defeating the Rashtrakutas. The architecture of the Kalyani Chalukya temple at Lakkundi are the major attraction in tours here. The city of Kalyani no longer exists. The place is very well known for the Tankashale and the mint which is where historians believe that gold coins were minted. The mints were called Lokkigadyana and the Lokkinishta.

Today Lakkundi has more than 100 temples mostly in ruins and many sacred wells which are called Pushkarini or Kalyani. There are around 29 inscriptions which span the Chalukya rulers, Seunas and the Hoysalas . The outstanding temples are the Brahma Jinalaya, the Kashivishwanatha and the Nanneshwara temple. 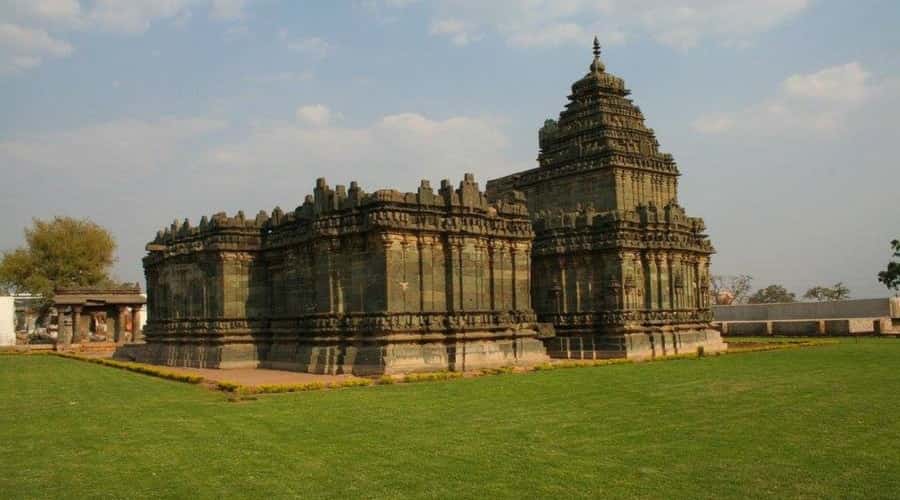 We saw the Kashi Vishwanath Temple which is a flamboyant temple with a lot of intricate designs and has sculpted towers and Shikharas and decorative doorways. The main sanctum has a Shiv Linga. There are strong pillars which are circular and these support the roof with a lot of designs and sculptures. The doors look resplendent with their carved panels and each panel has a different theme like flowers, birds, animals and carpets.

There is a beautiful figurine of a dancer going up to around 5 inch and the beautiful sight of the carved mirror is very akin to that sculpted in the Belur temple too.

With many more temples to visit and more places to explore, Lakkundi is a ceaseless pit of tour delights and memorable travels.